While there are many opportunities to serve at Rustburg Baptist, we would like to introduce you to our staff. 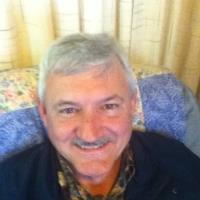 Pastor Rick Cole
Pastor William Richard Cole, “Rick”, was born in Louisville, KY in April of 1956. After graduating from Martinsville High School in 1974 he enlisted in          the Coast Guard. His service to our country was completed in 1978. While in the Coast Guard he married Lydia Willey in June of 1977. After his time        in the Coast Guard, Pastor Cole attended college at North Greenville for two years and then transferred to Furma University for another two years.          From 1982-1984, he attended Southeastern Seminary in North Carolina. Rick then became the senior pastor at West Norfolk Baptist from 1987-               1993. At that time he and his family moved to Rustburg, VA where he became the senior pastor of Rustburg Baptist. His service to the Rustburg                   Baptist Church and community has been a blessing for 25 years.
​
Secretary Ruth Wallisky
Ruth grew in Northeastern Pennsylvania.  In 2002 she married her husband, John Wallisky and then moved to Virginia in 2006.  Two years later she became the Ministry Assistant and Church Secretary of Rustburg Baptist Church.  In this position Ruth helps oversee the programs such as Sumaritain's Purse Operation Christmas Child, the Mission Trips,  as well as the daily operations of the church in areas of finance, children's ministry, and many other areas.  When Ruth finds a spare moment in her time she loves to do things such as collecting cookbooks, baking (especially cookies, and a variety of crafts.

If you are new to our church or have any questions about Rustburg Baptist, please feel free to contact Ruth.  If you have the desire to serve in the church Ruth would love to talk to you about the opportunities Rustburg Baptist Church has.
​

​
Music Director
To be announced.​