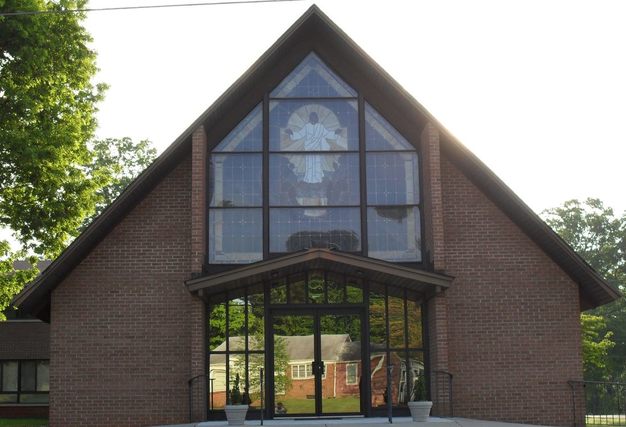 Articles of Faith and What We Believe

The assembly now known as Rustburg Baptist Church does adopt as the expression of our faith, “The Baptist Faith and Message” as adopted by the Southern Baptist Convention May 9, 1963 in Kansas City, Missouri.  (We also recognize the earlier major Baptist Confessions of Faith as a fuller and more concise expression of our historic denominational heritage.)  We accept the same not as an authorized rule or code of faith, whereby we are to be fettered, but as a confirmation in faith, a means of edification in righteousness, and as an assistance to us in controversy.  “The Baptist Faith and Message,” in full, is as follows:

I. THE SCRIPTURES
The Holy Bible was written by men divinely inspired and is the record of God’s revelation of Himself to man.  It is a perfect treasure of divine instruction.  It has God for its author, salvation for its end, and truth, without any mixture of error, for its matter.  It reveals the principles by which God judges us; and therefore is, and will remain to the end of the world, the true center of Christian union, and the supreme standard by which all human conduct, creeds, and religious opinions should be tried.  The criterion by which the Bible is to be interpreted is Jesus Christ.

II. GOD
There is one and only one living and true God.  He is an intelligent, spiritual, and personal Being, the Creator, Redeemer, Preserver, and Ruler of the Universe.  God is infinite in holiness and all other perfections.  To Him we owe the highest love, reverence, and obedience.  The eternal God reveals Himself to us as Father, Son, and Holy Spirit, with distinct personal attributes, but without division of nature, essence, or being. (Please see the file link to read in furter detail).

III. Man
Man was created by the special act of God, in His own image, and is the crowning work of His creation.  In the beginning man was innocent of sin and was endowed by His Creator with freedom of choice.  By his free choice man sinned against God and brought sin into the human race.  Through the temptation of Satan man transgressed the command of God, and fell from his original innocence; whereby his posterity inherit a nature and an environment inclined toward sin, and as soon as they are capable of moral action become transgressors and are under condemnation.  Only the grace of God can bring man into His holy fellowship and enable man to fulfill the creative purpose of God.  The sacredness of human personality is evident in that God created man in His own image, and in that Christ died for man; therefore every man possesses dignity and is worthy of respect and Christian love.

IV. Salvation
Salvation involves the redemption of the whole man, and is offered freely to all who accept Jesus Christ as Lord and Savior, who by His own blood obtained eternal redemption for the believer.  In its broadest sense salvation includes regeneration, sanctification, and glorification. ( Please see the file link to read in further detail).
​
V. God’s Purpose Of Grace
Election is the gracious purpose of God, according to which He regenerates, sanctifies, and glorifies sinners.  It is consistent with the free agency of man, and comprehends all the means in connection with the end.  It is a glorious display of God’s sovereign goodness, and is infinitely wise, holy, and unchangeable.  It excludes boasting and promotes humility.

All true believers endure to the end.  Those whom God has accepted in Christ, and sanctified by His Spirit, will never fall away from the state of grace, but shall persevere to the end.  Believers may fall into sin through neglect and temptation, whereby they grieve the Spirit, impair their graces and comforts, bring reproach on the cause of Christ, and temporal judgments on themselves, yet they shall be kept by the power of God through faith unto salvation.
​
VI. The Church
A New Testament church of the Lord Jesus Christ is a local body of baptized believers who are associated by covenant in the faith and fellowship of the gospel, observing the two ordinances of Christ, committed to His teachings, exercising the gifts, rights, and privileges invested in them by His Word, and seeking to extend the gospel to the ends of the earth.

This church is an autonomous body, operating through democratic processes under the Lordship of Jesus Christ.  In such a congregation members are equally responsible.  Its Scriptural officers are pastors and deacons.

The New Testament speaks also of the church as the Body of Christ which includes all of the redeemed of all the ages.